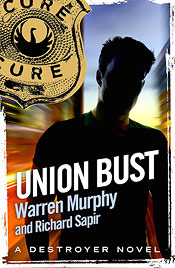 Eugene Jethro is a rising star in the union movement—personable, charming, possessed of an unerring feel for the levers of power. He's emerged from obscurity almost overnight, set on winning the presidency of the International Brotherhood of Drivers. But that's not the limit of his ambitions. He's already building a mysterious headquarters complex, union brothers who don't see things Jethro's way have a habit of disappearing, and there's talk of mergers that would give him a stranglehold on American transportation and shipping. But nobody's going to strangle America. Not if Remo has anything to say about it.