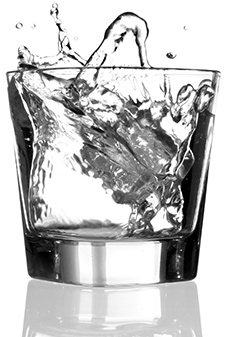 Devlin Tracy is a very good insurance investigator in a profession that rewards success. He lives in a luxury condo on the Las Vegas Strip and only works when he feels like it. He also drinks vodka by the pint, cracks wise to damn-near everyone, and has what can charitably be described as a complicated relationship with his girlfriend. None of that matters to the Garrison Fidelity Insurance Company. They're interested in results. Which is why they keep Trace on retainer.

Described by Mystery and Detective Monthly as "the funniest mysteries ever written, bar none," the TRACE series is also one of the most award-winning, with seven books and seven national awards. Trace #1 was listed as one of the top 20 private eye novels of all time by Dick Lochte, president of the Private Eye Writers of America. The TRACE series will make you laugh, but wondering 'whodunit?' will keep you hooked.

The DIGGER series is the precursor to the TRACE series. The whims of the publisher required that the name be changed when the series switched publishers, so Julian "Digger" Burroughs became Devlin "Trace" Tracy. They're a bit harder-edge than the TRACE series, but still filled with enough humor and adventure to keep your sides splitting and the pages turning.