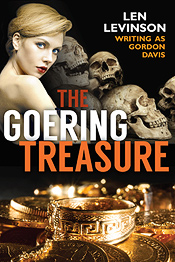 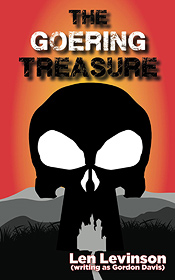 Reich Marshall Herman Goering plundered an estimated $50 million in jewels and gold during the years of the Third Reich. Now, as World War Two is rapidly coming to a close, everyone wants to find it. Die-hard Nazi fanatics who hope to use it to finance the next Reich in South America...America's Office of Strategic Services, whose operatives are ordered to find it or die trying...a gang of cutthroat German gangsters...and some crazy ambitious women with their own agendas. From underground cult favorite Len Levinson—called a "trash genius" by Paperback Fanatic magazine—comes a gripping tale of action, adventure, and betrayal, where the only thing that's certain is that nothing is certain.

Featuring an all-new afterword by the author, The Goering Treasure is back in print for the first time in more than three decades!