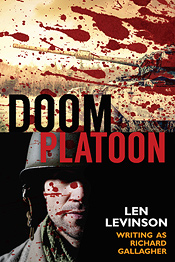 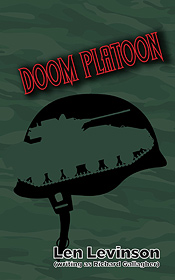 During the first hours of the massive Nazi attack known to history as the Battle of the Bulge, a platoon of American soldiers finds itself on the wrong side of the ferocious Panzer Lehr Division, charged with capturing a major oil depot. The Yanks face a hard choice: stop the Germans—or die trying.

The first war novel from underground cult favorite Len Levinson—called a "trash genius" by Paperback Fanatic magazine—Doom Platoon is a gritty, violent classic that gives new meaning to the phrase "war is Hell."

With all-new afterword from the author!