Warren Murphy (1933–2015) once worked on a pig farm, then as a movie usher, a sequin polisher, a public relations man for a brothel, a newspaper editor and a Democratic politician in Jersey City, New Jersey. "And then I went bad," he said, "and became a novelist."

And what a novelist! After 200 books, and despite several threatened retirements, Warren continued writing until his final days. Always a futurist, he moved full-bore into the world of electronic publishing, and, with his sons, formed his own publishing company, Destroyer Books.

Murphy is probably best known for the Destroyer series, which he created with the late Dick Sapir. With over 150 books and worldwide sales of over 50 million copies, the series is one of the longest-running and bestselling series of all time. The books were made into a movie, "Remo Williams: The Adventure Begins" (a second movie is in the works), a TV pilot, as well as more film and TV rip-offs than anyone could ever imagine.

Called "a mentor and teacher to a whole generation of crime and thriller writers" by Encyclopedia Mysteriosa, Murphy was no one-trick pony. The St. James Guide to Mystery Writers states that "The breadth of Murphy's talent staggers the imagination. Comic detectives, caper novels, large suspense novels, sword and sorcery spy novels, and locked room mysteries, together with short stories, comic books, movies, and countless collaborations do not even begin to mark the parameters of his creative genius...Murphy is the professional's professional, with work of consistently high quality."

Some of the other work on Murphy's resume includes:

The Razoni and Jackson series

Not to mention Leonardo's Law, Ceiling of Hell, Grandmaster, The Forever King (those last two written with Molly Cochran), along with dozens of other works.

Murphy has five children. Most of them, he said, "wash up pretty well."

His website is www.warrenmurphy.com, where you can find free lessons on how to write a book. 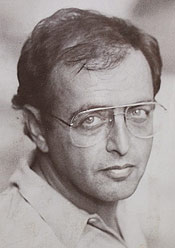 Richard was a New York native who worked as an editor and in public relations before creating The Destroyer series with Warren Murphy. Before his untimely death in 1987, Sapir had also penned a number of thriller and historical mainstream novels, best known of which were The Far Arena, Quest and The Body, the last of which was made into a film. The book review section of the New York Times called him "a brilliant professional." 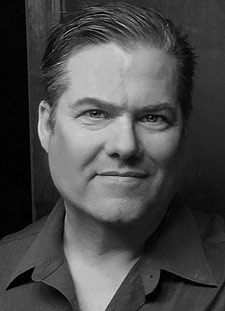 Gerald "Jerry" Welch is a double-edged threat, both writer and graphic artist. The self-described literary bastard of Warren Murphy and Richard Sapir, Jerry is best known for the writing and artwork in the "Legacy" series and "The Last Witness" series.

Jerry prefers to be known as one of only four people on Earth ever to be granted the title "Honorary Master of Sinanju."

Donna Courtois is an author and editor. Her story, “The Bride of Sinanju,” was published in the anthology New Blood, where it attracted the interest of Warren Murphy. Together, they wrote the novella “Number Two.” Donna’s second novella, “Storm Warning,” has been published in More Blood, the follow-up to New Blood. She lives in Massachusetts. 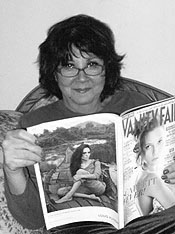 Molly Cochran, author of the teen paranormal romances Legacy and Poison, has written 26 published novels and four nonfiction books under her own name and various pseudonyms. Her books include New York Times bestselling novels Grandmaster and The Forever King, coauthored with Warren Murphy, and the nonfiction Dressing Thin, also a NY Times bestseller. She has won awards from the Mystery Writers of America (Best Novel of the Year), the Romance Writers of America (Best Thriller), and the New York Public Library (Outstanding Books for the Teen Age).

Seduction, the third installment in the Young Adult Legacy series, is scheduled for release later this year through her publisher, Simon & Schuster. Two novellas in the series are also coming in 2014: Wishes, due April 29, and a Halloween novella, Revels, tentatively scheduled for September release.

Three eBooks, The Temple Dogs, The Forever King, and Grandmaster, are currently available through online retailers.

Molly has lectured extensively and has taught writing at the college level as well as at a women's prison (where she was NOT an inmate). She also writes a blog on writing technique which appears on her website, MollyCochran.com. She is also on Facebook at facebook.com/MollyCochranBooks.

She lives in Bethlehem, Pennsylvania. 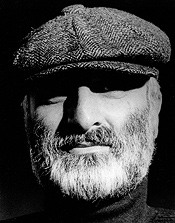 Len Levinson is the author of 83 novels written under 22 pseudonyms, published originally by Bantam, Dell, Fawcett, Harper, Jove, Charter Diamond, Zebra, Belmont-Tower, and Signet, among others. He has been acclaimed a “Trash Genius” by Paperback Fanatic magazine, and his books have sold an estimated two-and-one-half million copies.

Born 1935 in New Bedford, Massachusetts, he served on active duty in the U.S. Army 1954–1957, graduated from Michigan State University class of 1961, and relocated to New York City where he worked in advertising and public relations for ten years before becoming a full-time writer of novels.

He left NYC in 2003, residing first in Aurora, Illinois, and since 2004 in a small town (population 3,100) in rural northwest Illinois, surrounded by corn and soybean fields, way out on the Great American Prairie.

He has married twice but presently lives alone with his MacBook Pro and a library of approximately three thousand books, which he studies assiduously in his never-ending effort to understand the meaning of life itself.

He has three novels and one non-fiction book in the pipeline.